"Sex and the City": a former understudy recounts the sexual harassment suffered during filming

"Sex and the City": a former understudy recounts the sexual harassment suffered during filming

Her name is Heather Kristin. This name surely means nothing to you, and yet she lends her silhouette to one of the main characters of the Sex and the City series. Heather Kristin doubled for Kristin Davis, who plays Charlotte York, for four seasons. A painful experience that made him give up his Hollywood dream. She testifies to this in American Glamour, in an article published on March 4.

Heather Kristin was 27 when she joined the filming of Sex and the City. She hopes to be spotted and then be able to pursue her ambition to become an actress. At this time, the series has already aired two seasons on HBO and its popularity continues to grow. "The first day, I worked 16 hours," says Heather Kristin. The job wasn't as glamorous as I thought - few are, I know - but I worked for four seasons, sometimes 60 hours a week. I sometimes lacked sleep, but I was happy to have a stable job, to pay my rent on time and to finally have the right to health insurance thanks to my union. Whenever Sex and the City took a break between seasons, I got a job as a locker room hostess and couldn't wait to get back on set."

Read also » "Sex and The City": why Kim Cattrall will not be there 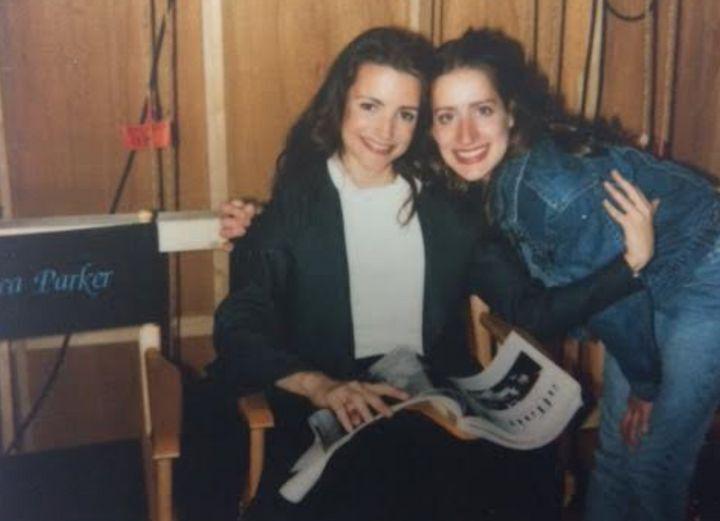 In video, Sarah Jessica Parker announces the return of the series "Sex and the City"

If Heather Kristin recognizes the close ties that were tied within the team, “like a family”, she also recounts the heavy rumors and jokes that she had to endure. Like the fact that some joke that she had her breasts redone when it was not true. Or even worse, that they suggest she had performed oral sex on a high-ranking co-worker. “After that, I didn't always want to come to work, but I needed my salary. So I ignored the comments. Until one day I couldn't anymore,” she wrote.

During episode 2 of season 4, The Real Me, the character of Charlotte makes an appointment with the gynecologist. Heather is then asked to sit on a gynecological examination table for the light tests, and to place her feet in the stirrups. However ill-at-ease, she runs. “It was around 4 a.m. on a Friday, and we had worked around 60 hours that week. My eyes started to close. I fell asleep,” she says. She wakes up to the sound of heavy tape being unrolled, only to find that one of her feet has been taped to the stirrup and a team member is taping the other. laughing. "I was horrified," she recalls. Another team member took pictures of me in this position from the video monitor. A handful of people laughed at me.” For fear of losing her job, she says nothing, but leaves the profession.

Since then, Heather Kristin has had two daughters. And for them, she makes this pious wish: “I dream that in 20 years, when my daughters will be adults, sexual harassment will no longer exist. But if so, I hope they won't be paralyzed with fear like I was. I hope my daughters will have the courage to come forward. Maybe they'll even celebrate their strength with a tour of the cosmos."

The editorial staff advises you